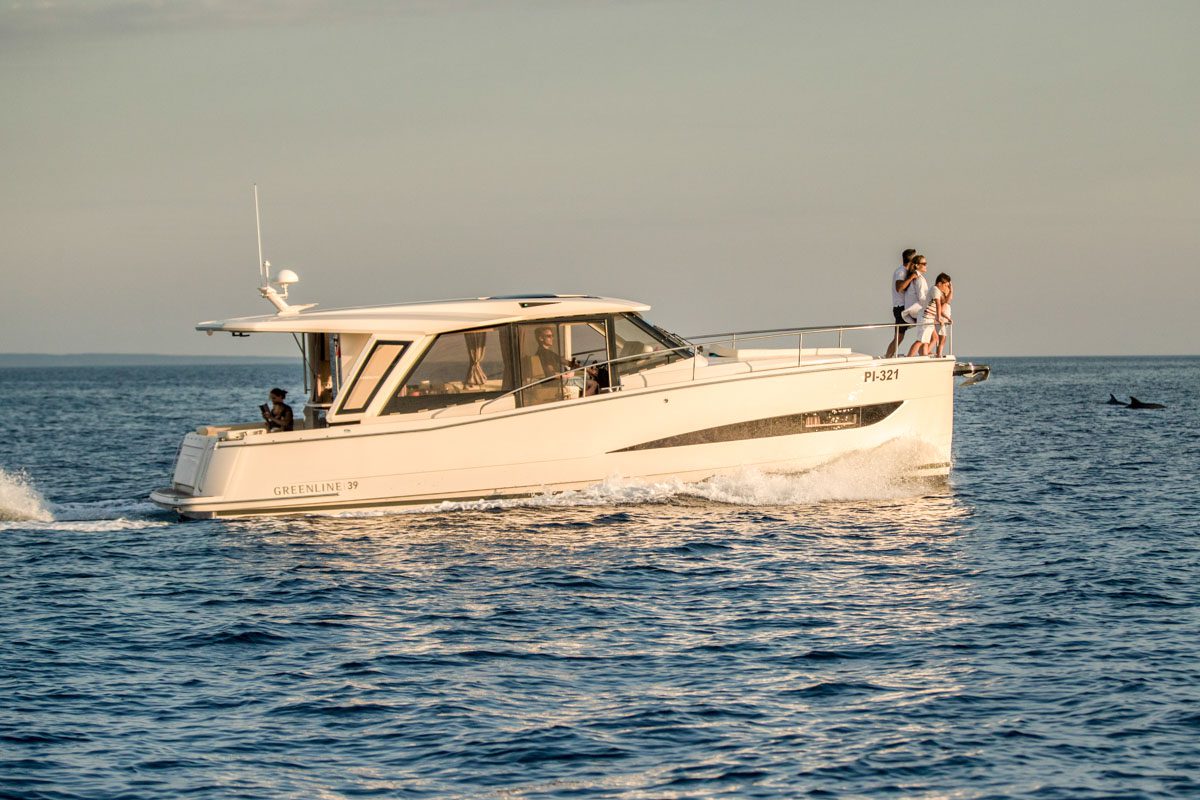 Greenline Yachts, the worldwide leader in alternative propulsion motorboats, has teamed up with Canal Boats Telemark AS in Norway, W-Yachts and Torqeedo to create the first 100% electric charter fleet in the world.

Canal Boats Telemark will operate six new Greenlines – two 33s and four 39s – all fitted with the shipyard’s revolutionary EDrive system, which was launched at Boot Düsseldorf in 2019. Since then, full electric Greenlines have been sold all over the world including to the USA, Germany and Russia.

Thanks to their bank of lithium batteries and electric motors, the Greenline 33 and 39 can cruise silently and without any emissions at a speed of 7 knots and to a top speed of 11 knots. With their battery capacity of 80kWh, they have a range of up to 40nm on a single charge.

Located in the picturesque surroundings of southern Norway, Porsgrunn is close to an international airport and ferry connection with Denmark and just three minutes’ walk from the local train station. This popular vacation destination boasts a stunning coastline and the exceptionally beautiful Telemark Canal with its impressive locks, imposing mountains and dense forest to the west.

Crucially, thanks to a grant from Enova SF, a subsidiary of the Norwegian Ministry of Climate and Environment, Canal Boats Telemarks believes that the Telemark Canal and surrounding coastline will become the first cruising grounds in the world to have a network of charging points specifically designed for boats. Like Tesla has done with its supercharger network, this will revolutionise electric boating in the area and hopefully serve as a blueprint for marine electrification in other parts of the world. 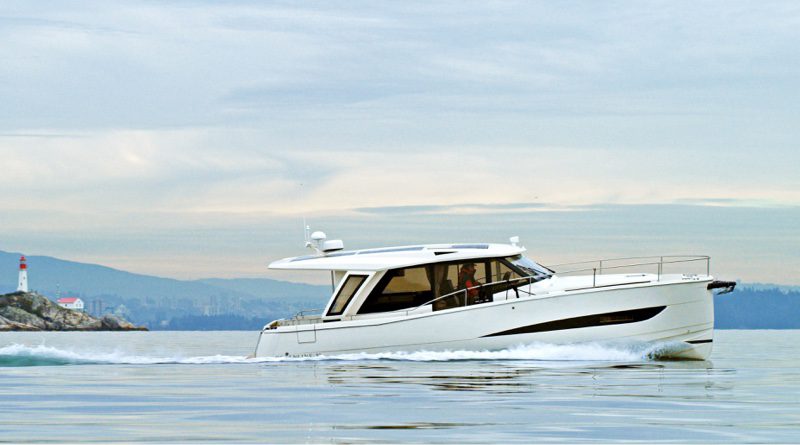 Luca Raumland, Head of Sales and Marketing at Greenline Yachts, says: «We are so excited to see the growing demand of alternative propulsion systems that our boats can provide. Since the beginning of 2020 we have built more than 60% of our production with either electric or hybrid propulsion and the forecast for 2021 is even higher, which is a positive sign that consumers are opening their minds to more efficient and sustainable ways of powering their boats.»

Greenline Yachts launched its first hybrid H Drive model in 2008 and has since become the market leader in hybrid motorboats. 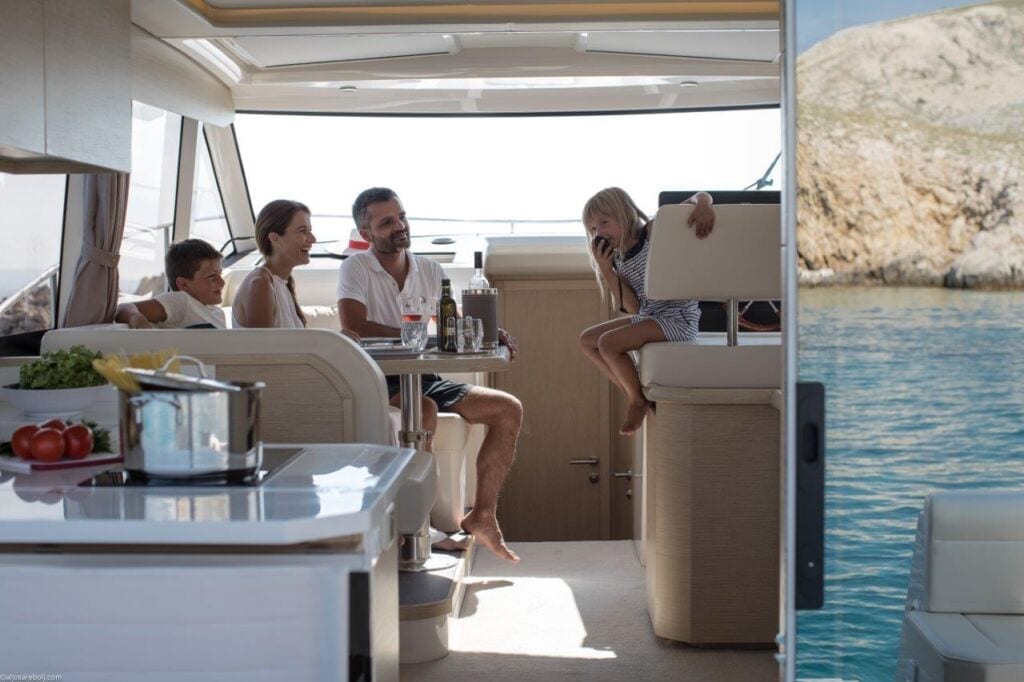 We also believe that the Telemark Canal and the Telemark coastline will become one of the main green destinations in Norway.» 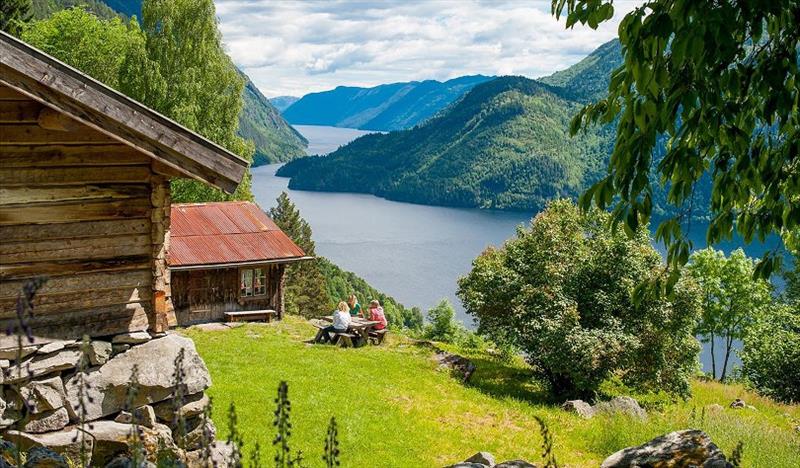 Vladimir Zinchenko, CEO and owner of Greenline Yachts, says: «We see a very exciting future in sustainable energy on boats and big steps such as this partnership with Canal Boats Telemark bring us a bit closer to emission free boating.»

The Canal Boats Telemark website will be open for booking from December 2020 and the rental season will begin in May 2021.

For more information on the Greenline Yachts range, visit www.greenlinehybrid.com